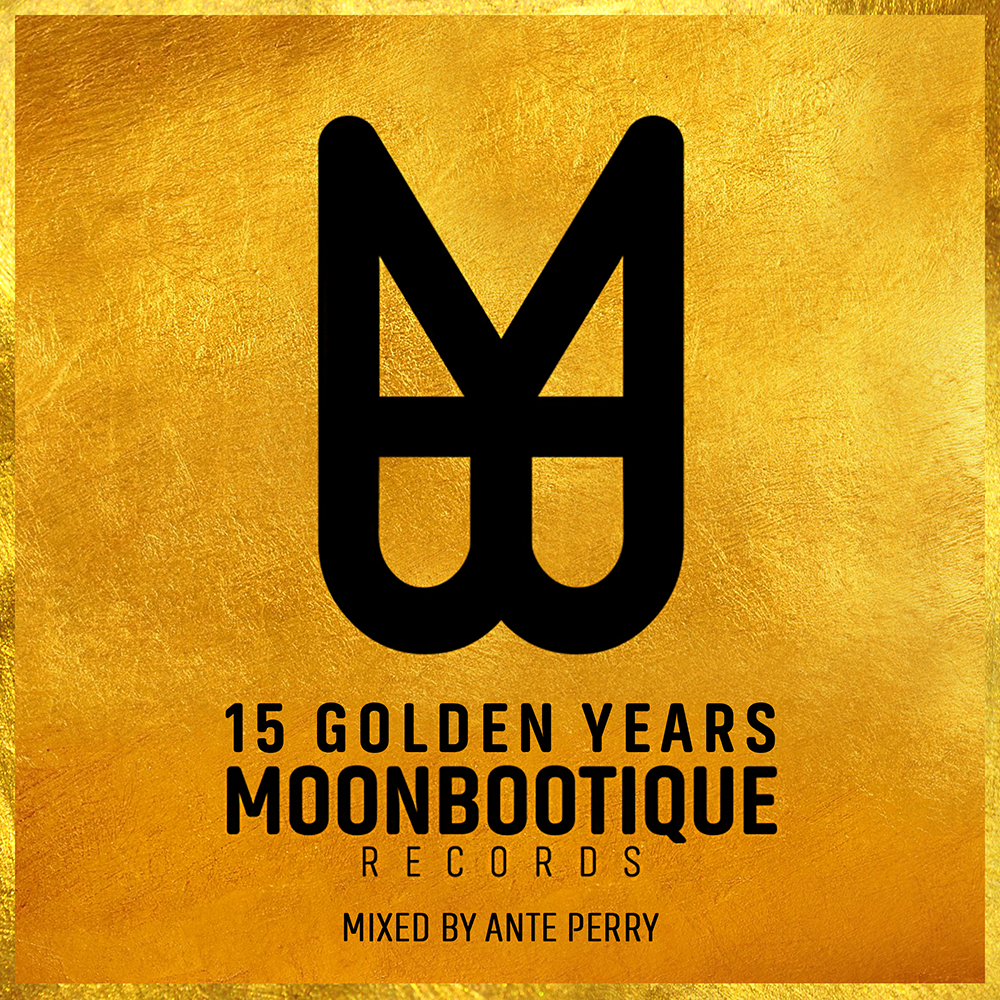 Time is running. Nothing reveals that ugly truth better than upcoming anniversaries. It still feels like just a couple of years ago, that we started this label, but surely we all know how much we can trust these kinds of feelings. No friends, it’s been 15 years, a whole lotta more than an average marriage these days.

Well, we can’t change that, so just put the shock aside and do what we are doing right now: Turn on your stereo, get into the sound and celebrate 15 Golden Years of Moonbootique Rec. releases with us. We asked label artist and long time companion Ante Perry to create two mixes for us: One from the vault of time and one with recent releases. This compilation is the outcome and we are more than happy with it!

On CD1, Ante Perry takes us way back into the past to the beginning of his own artist career with tracks like „Beachpower“ or “Human You“, but also the great works of artists as Stereofunk (nowadays better known as PurpleDiscoMachine), Bodymovin or Moston & Malente (running their own label NoBrainer besides releasing on various labels like Katermukke, and others). Of course we also find some classic MOONBOOTICA material here and even a rare KoweSix remix. We must truly say, we almost forgot some of these cuts and were flushed with warm feelings and memories of a time, when electro was on the rise and things seemed to be less complicated then today.

After focusing on MOONBOOTICA for a couple of years, we decided to concentrate on the label again sometime around 2014. Finding fresh artists and giving the label a new face was something very personal for us and with the likes of Curry & Krawall, FromDropTillDawn, Valentina Black & Less Hate, Julian Wassermann or Township Rebellion, we sure have gathered some truly gifted and inspiring artists. Ante Perry himself will put out a new EP on our fine label simultaneously to this Mix Compilation and this will just be the start off for the next 15 Golden Years of Moonbootique Records!

The journey has just begun…